Basgo Monastery, also known as Basgo or Briba Gompa, is a Buddhist monastery located in Basgo or Bazgo in Leh District, Ladakh , northern India approximately 40 km from Leh.Although the monastery was built for the Namgyal rulers in 1680, Bazgo itself was embedded In the early days of Ladakh and is frequently mentioned in the Ladakhi Chronicles when it was a political and cultural center.The monastery is situated on top of the hill towering over the ruins of the ancient town and is noted for its Buddha statue and murals. In the 15th century, the palace was built in Basgo. 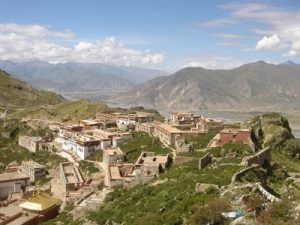