Kalady (Malayalam: കാലടി) is a village located east of the Periyar river, in the Ernakulam district of Kerala, India. Notably, it is the birthplace of Sri Adi Shankara, and thus is a popular destination for pilgrims. Kalady started featuring in the spiritual map of India only after its rediscovery in the late 19th century by the then Shankaracharya of Sringeri and the subsequent consecration of a temple for Sri Adi Shankara in 1910. The Centenary of Kalady was celebrated in May 2010 and the story of Kalady has been documented in digital media. 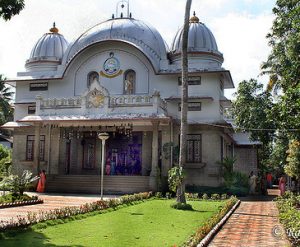