Kalpetta (കല്പറ്റ) is a town and a municipality in Wayanad district in the Indian state of Kerala. It is a small town surrounded by dense coffee plantations and mountains, is the headquarters of Wayanad district. It lies on the Kozhikode-Mysore National Highway (NH 212) at an altitude of about 780 m above sea level. As of 2001 India census, Kalpetta had a population of 29,602. Males constitute 50% of the population and females 50%. Kalpetta has an average literacy rate of 77%, higher than the national average of 59.5%: male literacy is 81%, and female literacy is 73%. In Kalpetta, 12% of the population is under 6 years of age. 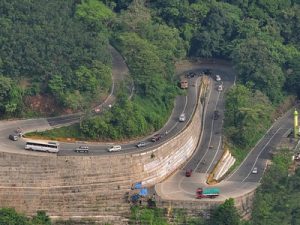