Thiksey Gonpa, 20 kilometers from Leh is the most beautiful of all the monasteries of Ladakh and belongs to the order Gelukpa. Sherab Zangpo, which was built Gonpa de Stakmo. Later, Sherab Zangpo’s nephew, Spon Paldan Sherab founded Gonpa Thiksey on a hill north of the Indus River in 1430 AD. There are many sacred shrines and precious objects in sight. There are eighty monks residing in the Gonpa. 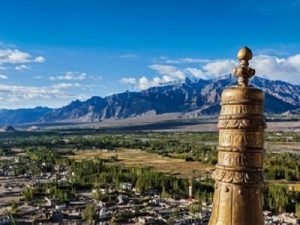